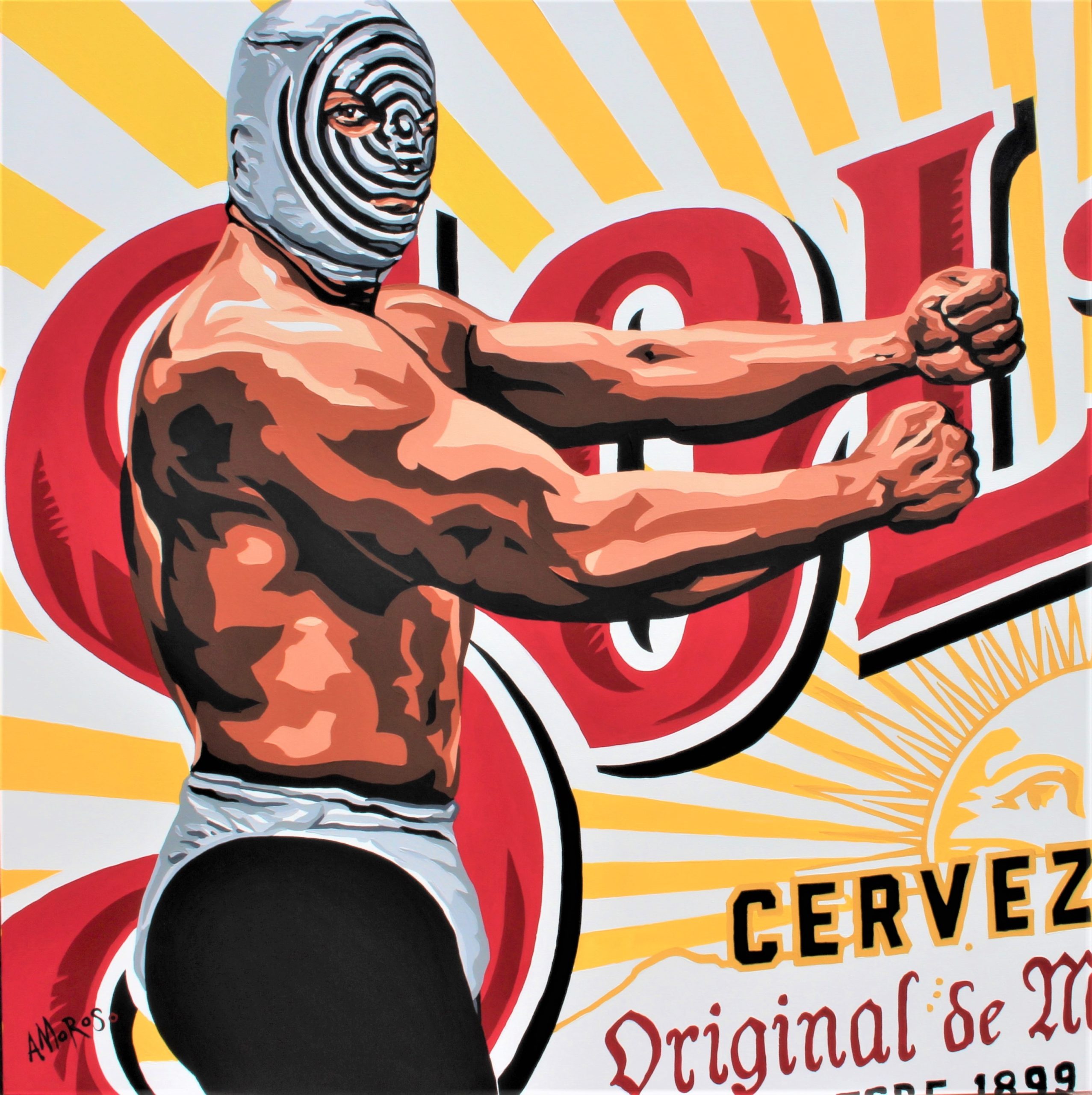 Entre Dos Mundos (Between Two Worlds)
Whether feeling displaced from a culture while assimilating to a new one, or feeling consumed by daily life and pondering what the afterlife may hold for you – this collection of paintings is intended to capture the energy, images and nostalgia of two worlds I am drawn to.

I was adopted as a baby in the United States and have no knowledge of my actual origin. Even as a child, I felt misplaced because I felt no connection to the people who adopted me or the life I was living. I had frequent dreams (not nightmares) of being alive after my death, and living in a different world.  It wasn’t until I traveled to Mexico, Guatemala and El Salvador that I finally felt “at home” and grounded for the first time in my life.

My obsession with life and death – and especially life after death – has plagued me since childhood and is now explained through Dia de los Muertos. Even with a profound connection to a culture that feels so natural to me and has unofficially “adopted” me, I am infinitely aware that I still live between two worlds.

About David Amoroso
David Amoroso shows his admiration for Latin culture through his artwork. His artistic passion is divided between painting, photography, and block and screen prints. Although the majority of David’s work is dedicated to painting iconic portraits of everyday people, he also represents Mexican pop culture through his work. His involvement within the Latino art community has allowed him to create Mexican altars for Día de los Muertos and Guatemalan Alfombras de Aserrín. His art has brought him to exhibit and work in the DC Metro area, California, Arizona, North Carolina, Mexico, Central and South America.