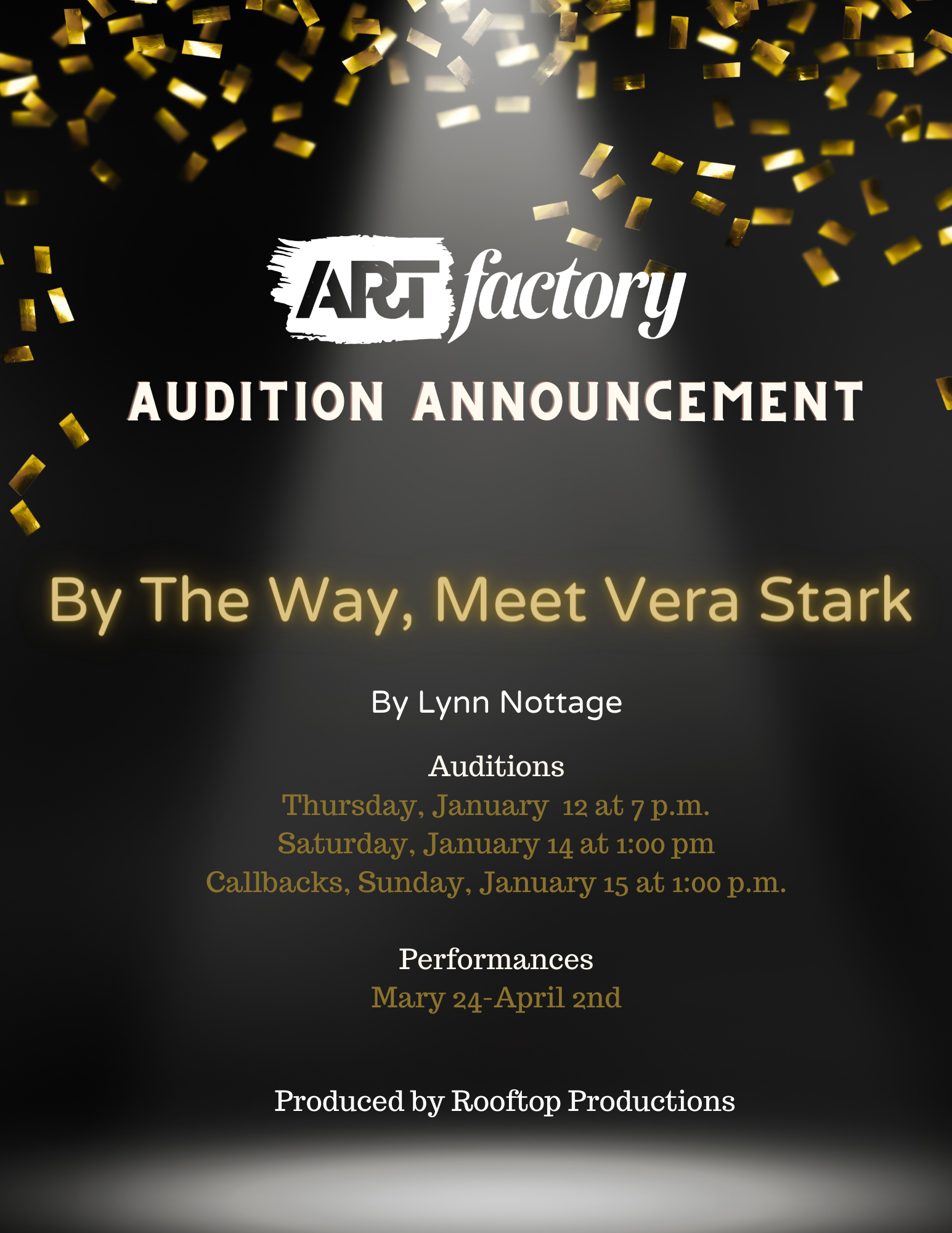 Rooftop Productions announces auditions for By the Way, Meet Vera Stark by Lynn Nottage. "In a new comedy from the Pulitzer Prize--winning playwright of Ruined, Lynn Nottage draws upon the screwball

“In a new comedy from the Pulitzer Prize–winning playwright of Ruined, Lynn Nottage draws upon the screwball films of the 1930s to take a funny and irreverent look at racial stereotypes in Hollywood.  BY THE WAY, MEET VERA STARK is a seventy-year journey through the life of Vera Stark, a headstrong African-American maid and budding actress, and her tangled relationship with her boss, a white Hollywood star desperately grasping to hold on to her career.  When circumstances collide and both women land roles in the same Southern epic, the story behind the cameras leaves Vera with a surprising and controversial legacy scholars will debate for years to come.”  Directed by AnuRa Harrison, The cast requirements are as follows:

Sign up for a time to audition at By the Way, Meet Vera Stark

Auditions will be in the form of cold readings.
Download the Audition Form and bring with you to auditions along with a headshot or recent photo.
The ARTfactory is committed to equity, diversity and inclusion. As such, we encourage performers of all races and ethnicities, gender identities, sexualities, ages and abilities, including d/Deaf, to attend every audition.